One critical response or obstacle some people may have to making any connection between Batman and Jesus is that Batman seems to be such a violent and vengeful character. Someone may think, “How can you uphold someone who is so aggressive and commits such violent deeds as a Christ figure?”

I can certainly sympathize with that critique, so let me try to offer a few different responses

1. Batman does not go out on the streets of Gotham because he wants to commit violence. Bruce Wayne isn’t sitting in Wayne Manor thinking, “I really just want to get my hands bloody tonight.” In other words, he doesn’t get his thrills from committing acts of violence. He sinks down into Gotham to rid the city of corruption, evil, wickedness, and uses physicality as a means to do that because sadly in the case of Gotham, it has become infected with such great evil and it is so widespread that Batman has to use extreme tactics to expunge out the infection. It cannot be solved easily or neatly, rather it takes great suffering and pain. 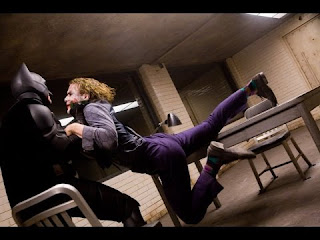 2. Given that evil is so great in Gotham and Batman has to aggressively involve himself to extract it, it is worth pointing out that Batman never murders anyone. He intentionally never takes a life. That is a line he will not cross. So clearly he isn’t out to just cause destruction and damage no matter what. He has a high regard for human life and he’s given himself restraints so that he doesn’t simply become a mass executioner.

3. Some people deserve extreme or harsh judgement for their actions. We know this intuitively. All of us possess a sense of justice that needs to be served, and we feel satisfaction when we see that horrible bad guy finally get what they deserve; there’s a feeling of rightness. The villain ought to be knocked around a bit, so that he does not get away with his heinous acts. So from a narrative perspective, it’s part of what makes a good story. 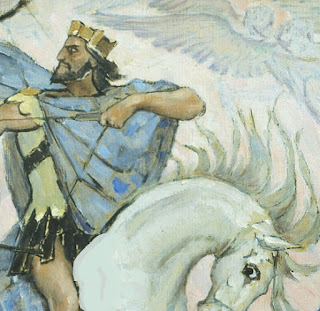 4. I don’t think that the Batman films condone violence any more than the book of Revelation does. What we find in the book of Revelation is an apocalyptic account which employs dramatic images and symbols as a means to talk about the battle between good and evil, and how Christ is ultimately triumphant over the powers of darkness. The graphic and explicit language in John’s vision is not meant to be understood in a literal sense. The book’s intent is not to promote Jesus as a violent, blood thirsty God.  In the same way, the Dark Knight Trilogy can be understood as fitting within a sort of apocalyptic genre as it uses drama and extreme images to portray horrendous evil and  ultimately the great sacrifice of a noble hero to conquer it.