Do All Dogs Go to Heaven? And Other Questions About the Eschaton

Will there be actual streets of gold?

Will we see our pets?

When it comes to Scriptural revelation about the eschaton, it seems that God felt the less we know the better.

On the question of whether there will be animals in heaven, my instinctual response is to say, “Yes, why wouldn’t there be?”

But Ed Feser answers no, for reasons that kind of make sense. He argues that animals are purely material creatures; they posses no qualities that can survive their bodily deaths. So, Ed Feser concludes that animals will not be in the afterlife.

On the other hand, Trent Dougherty and David Bentley Hart answer yes. In fact, Trent Dougherty argues that not only will there be animals in the eschaton, but animals will even be glorified as humans are. He even suggests that they will be able to use language. David Bentley Hart also argues for the existence of animals in the eschaton on the basis of Paul’s language of the the restoration of the whole creation. 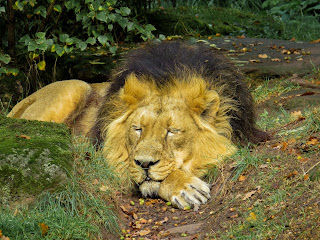 I am partial to this latter argument. The story of redemption is the story of God’s redemption of God’s creation. What God creates is what God redeems. We see hints of this throughout Scripture; that the scope of salvation includes the totality of God’s creation including animals. See the story of the flood or the final words of the book of Jonah. God’s intention for restoration seems to be cosmic in scope. Does this mean animals will talk in the eschaton? That’s where I start to have some doubts. To glorify animals to the point of making them rational substances no longer seems like a glorification of their nature, but endowing them with an entirely new nature altogether that is not consistent with properly being the sorts of animals they are. But I could be wrong.

This of course is just one of the questions and puzzles the afterlife poses. There are many more serious challenges that not only impact the nature of heaven, but also the nature of hell. Will we need to eat? Will we have immune systems? Won’t a trillion years of life with no end start to feel horrifying? Who are the occupants of hell and what are they doing?

In keeping with the early church councils, I wonder if a theological minimalism is wise with regard to such mysteries, that would entail at least these affirmations (or something like them):

1. For human beings, bodily death is not the end of their existence.

2. Humans beings will have conscious experience in the next life.

3. For those in Christ, this experience will be bodily (of some sort).

4. For those in Christ, this experience will be good.

Is there any more that can be said?