I’ve thought through many of the classic responses, and while I think some of them can bear some of the weight better than others, at the end of the day the problem of evil remains…and it remains a mysterious problem. 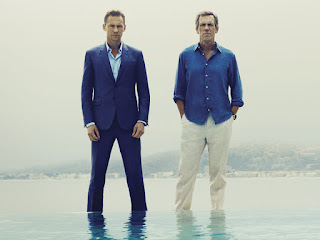 While I’ve been wrestling through this, I recently watched “The Night Manager” starring Tom Hiddleston and Hugh Laurie. In the story, Tom Hiddleston’s character, Jonathan Pine is sent in by British intelligence to infiltrate Richard Roper’s (Hugh Laurie) illegal arms business, and bring him and his team to justice. In order to do this, Pine goes undercover and for a significant part of the story acts in a ways that are quite shocking, horrific and even villainous; ways in which are incompletely inconsistent with his true character and yet here we find him acting this way. Sometimes he doesn’t even let the British intelligence officials in on what he’s doing lest he jeopardize the whole mission, because he knows there’s something greater at stake. And yet as the audience, we know that this is not who the character really is, even though the British intelligence agency express concern that he may have turned. As the viewers, we see that Pine behaves in this unexpected and terrifying way, but he’s playing the long game. And it’s quite jarring to see him go from beating someone to a pulp while undercover to then five minutes later speaking tenderly to someone as his true self.

And it seems to me that this is precisely how God frequently appears to act. We often look at the world around us and see horrific evil and suffering and wonder, “What is God doing? Why is God acting in this way? Why didn’t God stop this from happening?” At one moment, we experience some great delight and the next moment we experience horrific suffering. It doesn’t make any sense.

I’m not really trying to propose a theodicy here, but only a possible analogy. Perhaps God acts in the world at times in the way that an undercover agent acts. The Christian hope is we know God’s true character. We know what God is really like because God has revealed himself in Jesus. We get to see God in his true person, but sometimes when we see God’s behavior, he seems so unfamiliar and acts in terrifying ways and it’s really jarring and disorienting because it makes you wonder, “Wait, are you really good? What are you up to? Are you actually cruel and untrustworthy?” If you don’t know who the person truly is, you can lose your footing and reasonably think this person isn’t good at all! In the same way that if someone came midway through the story of Night Manager, he might reasonably think that Pine was a villain. But if you keep in mind the whole story, and remember that God is on a mission and we are not always privy to the details, (maybe for good reason) but the Christian can know who God’s true persona is and what his “end-game” actually is, maybe that will offer some sense of clarity.

That’s certainly not a solution to the problem of evil. I don’t pretend it is. Just an interesting comparison.