Now as a Protestant who is also doing my doctoral work in virtue ethics, my immediate reaction to hearing this was shock mixed with dread; it was a punch to the gut.

But with some further reflection, Tim Gordon’s bold claim seems to be unwarranted.

Think about it. Virtue ethics is no more Catholic than it is Protestant. If anything it is Aristotelian. Aristotle was not Catholic or even a Christian. Does Aristotle not count as someone who adheres to virtue ethics? Surely he does. It’s not as though Catholic theologians came up with virtue ethics. So it seems strange to say that virtue ethics is Catholic. So what does Tim Gordon mean?

Maybe Gordon is referring to the virtue ethics of Thomas Aquinas (whose moral philosophy was shaped in part by Aristotle). Is Thomas’ virtue ethics Catholic? In the sense that Thomas was a Catholic friar, sure of course. Thomas’ moral philosophy is Catholic insofar as he was a Catholic and writing from a Catholic perspective whilst shaping and contributing to the Catholic perspective. But the Protestant Church did not even exist during Aquinas’ life. Is there something distinctly Catholic as opposed to Protestant about Thomas’ virtue ethics? As we’ve already seen with Aristotle, virtue ethics can be done apart from Catholicism. Virtue ethics does not belong to Aquinas, and why think that Thomas’ expansion of Aristotle must only belong to Catholics? It’s kind of like saying heliocentrism is Catholic or biological evolution is atheistic.

Tim Gordon and Taylor Marshall then criticize Protestantism all in one sweep as being necessarily at odds with virtue ethics, but I think this critique deserves closer attention.

Consider some of the voices in early Protestantism. Martin Luther seemed to have mixed feelings  about Aristotle. He had harsh words to say about him, but he also said this in a lecture on Isaiah:

Regarding human reason, in Disputation on the Human Being, Luther wrote that it is, “the discoverer and governor of all the arts, medicine, and the laws, and
whatever wisdom, power, virtue, and glory is possessed by men in this
life….Nor did God take away this majesty from reason after the Fall, but
rather confirmed it.”

Philip Melancthon said in his Orations on Philosophy, “I believe that young minds needs to be instructed chiefly with Aristotelian doctrine…Why? Because Aristotle’s Ethics should also be loved, because he alone saw and understood that the virtues are middle states. By that description he instructs us most learnedly that the impulses of the mind must be bent to moderation and held back.”

In his Institutes, John Calvin wrote, “When we so condemn human understanding for its perpetual blindness as
to leave it no perception of any object whatever, we not only go against
God’s Word, but also run counter to the experience of common sense…
The mind of man, though fallen and perverted from its wholeness, is
nevertheless clothed and ornamented with God’s excellent gifts…What
then? Shall we say that the philosophers were blind in their fine
observation and artful description of nature? Shall we say that those
men were devoid of understanding who conceived the art of disputation
and taught us to speak reasonably? Shall we consider them the ravings of
madmen? No, we cannot read the writings of the ancients on these
subjects without great admiration. We marvel at them because we are
compelled to recognize how preeminent they are.” 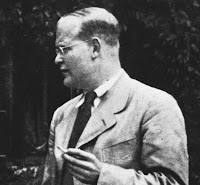 Fast forward to the twentieth century, we find that Dietrich Bonhoeffer, who was deeply influenced by Karl Barth, still retains language that correlates to the language of virtue ethics. Douglas Huff goes so far as to say that “Bonhoeffer’s critique of ethics results in a picture of an Aristotelian
ethic that is
Christological in expression, i.e., it shares much in
common with a character-oriented morality, and at the same time it rests
firmly on his Christology.”

And Marshall and Gordon might retort that these Protestants are being inconsistent because they deny robust free will and hold on to a model of virtue. And perhaps this criticism can be leveled against certain factions of Calvinism, but Protestantism is more broad than extreme versions of Calvinism. Within Protestantism, there are Arminians, Wesleyans/Methodists, Anabaptists, Pentecostals, all of whom talk about human free will in a different way than Calvinists. For example, Stanley Hauerwas is a contemporary Methodist theologian who argues for the primacy of virtue as the model of the Christian life.

So can you reject the authority of the Catholic magisterium, and only read your Bible and come away holding to a model of virtue ethics? I don’t see why not.

But maybe Gordon means virtue ethics is more at home in Catholicism than popular Protestantism today, and to that I am tempted to concede the point.