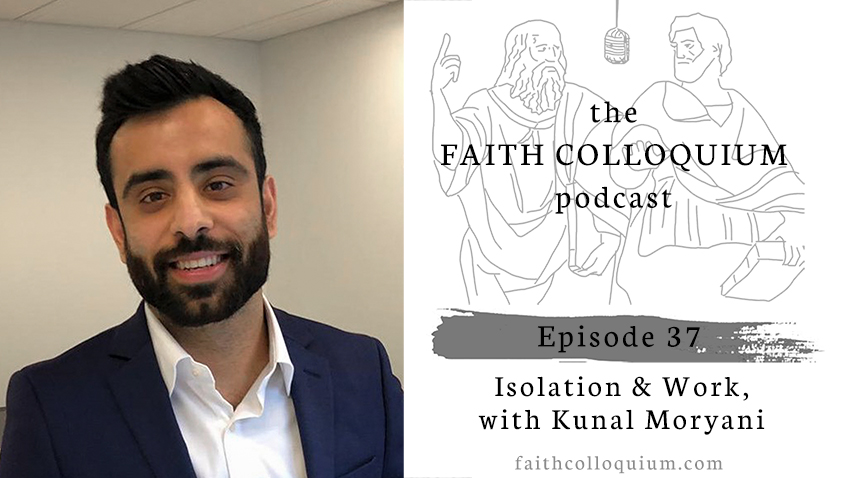 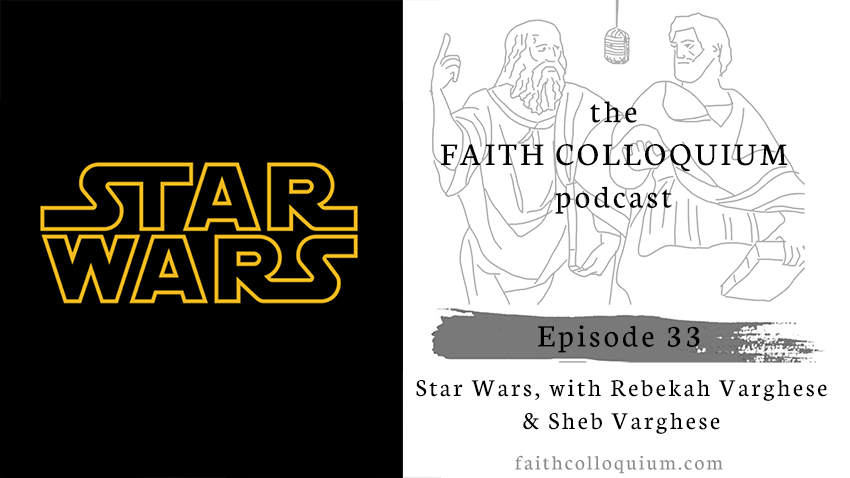 The Strange Rules of “Check Your Privilege”

It is tempting to think that our culture is becoming less and less a place where the principles of reason are valued, especially in areas where they should be.

As evidence of this, I recently came across an article by a university professor entitled, “I’m a Mom And A Vaccine Researcher. Here’s Why You Should Vaccinate Your Children.” I’m always keen to read a good argument, especially if it is one that I have not heard before, so I read the article.

Read More »The Strange Rules of “Check Your Privilege”

What to Look for in a Church 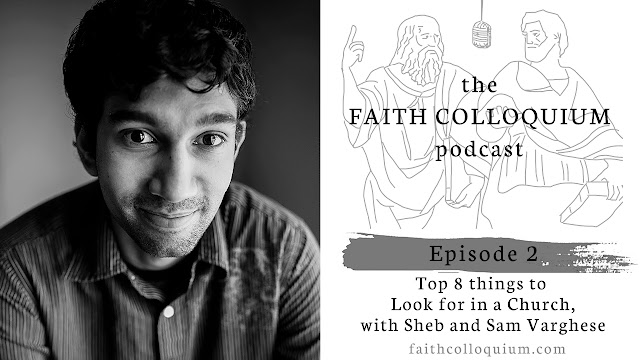 What do you look for in a church? Listen to Sheb and Sam Varghese discuss 8 important things to look for when trying to find a church to attend, and please comment with your own thoughts.

Read More »What to Look for in a Church 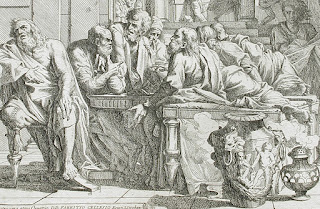 Read More »Believe the Right Things for the Right Reasons

Read More »In Defense of Beauty and the Beast: A reply to John Mark Reynolds 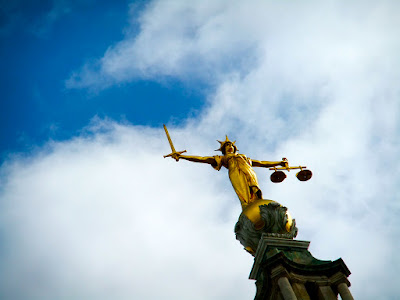 Today, Brock Turner was released from jail after serving his three month sentence.

SV: Given our culture’s emphasis on individualism and personal freedom, and more parents being out of the home so often, could you talk about the importance for parents spending consistent and quality time with their children (e.g. family dinners, family prayer)? HHB: Yes, we certainly do emphasize individualism in our culture, as well as a kind of personal freedom that brings with it a kind of unrealistic idea that we are independent from others, particularly our families.  That individualism, however, can be very closely tied to an isolated loneliness, especially in the teenage years (just look at the recent growth in self-harming among teenagers), if it isn’t tempered with a good dose of family connectedness. And how does a family feel connected?  Time spent together is an absolutely essential part of it.  But it doesn’t have to be ‘perfect time’.  In fact, I’m a big believer in the imperfectness of families.  One session at our family dinner table can go from laughing to fighting to complaining to scolding to edifying in about 5 minutes, and then repeat the cycle for the rest of the dinner. … Read More »Interview with Holly Hamilton-Bleakley Part 2

SV: As someone who was in graduate school, while also starting a family, could you tell us what that experience was like and any advice you might give to someone who is in school or considering going into school while also raising children? HHB: Honestly, it was really, really hard.  I’ve spoken a bit about my experience in a few of my posts, (http://philosophyforparents.com/2014/02/18/baby-induced-depression-aristotle-and-me-a-reply-to-amy-glass/;  http://philosophyforparents.com/2014/06/24/is-parenting-a-political-activity/).   Looking back on it now, I think I probably suffered from something like post-natal depression.  But I think my difficulties came, too, because I struggled with how to balance looking after a baby/toddler, and also pursuing my studies.  I felt a lot of pressure to make progress on my thesis, and then found myself feeling frustrated by the time-consuming demands of parenting, especially the parenting of small children. I would want my daughter to sleep so I could work, but she wouldn’t sleep.  Or I would put her on the floor to play while I worked, but that would only last for 15 minutes or so before she needed my attention, and so forth. Of course I knew it was… Read More »Interview with Holly Hamilton-Bleakley Part 1

The philosopher Socrates was driven by a thirst for truth. He would begin his dialogues by often imploring someone if he knew what “x” (justice, love, piety, etc) meant. The person would give a ready answer hoping to solve the problem of “x” and end any further dialogue with Socrates. However, Socrates would find various problems with the man’s definition and would press him on it, until the man would finally confess (either out of frustration or sincerity) to Socrates, “I don’t know,” at which point Socrates and his friend recognizing their own ignorance, would then dialogue and think together about how to find a solution. In academic settings (like grad school), it seems every other moment is an opportunity to impress others with your knowledge. We want for people to think of us as intelligent, and not just generally knowledgeable, but uniquely intelligent. It is frustrating though, when you want an answer from someone and instead of simply saying, “I don’t know” they’ll respond with a lengthy twenty minute exposition full of technical jargon, but afterwards you’re left thinking, “You still haven’t answered my… Read More »“I Don’t Know”

Is America a Christian Nation?

In what sense can we describe a nation as being “Christian?” By its leaders, or its citizens, or maybe its laws? By all these measures, America would not be considered a Christian nation. And yet, I frequently hear Christians speak so earnestly about how America is a Christian nation, and how we need to get back to our Christian roots, almost as though the United States has a special place in God’s heart. For many evangelicals in America their Christian faith is directly tied to their American identity. In fact, I have many memories of saying the Pledge of Allegiance at my Christian elementary school, or singing the “Star Spangled Banner” in church. But the truth is, America is not a Christian nation, and I’m not sure it really ever has been a Christian nation. It’s always difficult for me to hear certain Christians talk about the founding fathers as being these proud, whole-hearted Christians. It’s often said that they stood on biblical/Christian principles. I have even heard some say that they built this nation based on teachings of Jesus and the laws found in… Read More »Is America a Christian Nation?

Christianity and Postmodernism. Friends or Enemies?

What is Post-modernism? To some Christians, it’s a scary, terrible movement destroying the culture, while other Christians embrace it as a breath of fresh air. Gary Aylesworth is right in pointing out that defining postmodernism is a very difficult, (maybe nearly impossible) task. Because it’s such a huge and somewhat ambiguous topic with each person having their own take on it, it’s difficult to talk about what it actually is (that in and of itself captures part of the mood of postmodernism). A helpful way to understand postmodernism is in this way: postmodernism is that which stands over and against modernism. The term “postmodernism” gets the name because it means after modernism. So, postmodernism is a certain philosophical practice/method/lens which stands in contrast to modernism and also critiques modernism. So, then we have to ask the question, “what is modernity?” In the history of philosophy, modernism is that period which contains thinkers like David Hume, Descartes, Immanuel Kant, John Locke. Modernity has been characterized as having a very analytical and rational (I mean using reason and thinking, I don’t mean rational as opposed to empirical)… Read More »Christianity and Postmodernism. Friends or Enemies?

The Bible, Guns, And Peacemaking

I have never had an interest in guns. I’ve never found them impressive, attractive or anything like that. I have never owned a gun, and I have no plans on ever owning a gun. And yet for many Christians, being a patriotic gun owner is synonymous with being a Christian. And I think this view is troubling for a number of reasons.  Guns, violence, and patriotism all seem to be very interconnected in some Christian circles, so that is what I want to respond to as a whole.  But first let me say that if I were not a Christian, I think the arguments encouraging gun ownership would be very compelling. However, it is my Christian faith that leads me to believe what I do about guns. So, let me offer some reasons why I am not a gun enthusiast, first by giving a framework for it: I think that the Bible is very clear on the intrinsic value of human life. It is very grievous to me that we live in a culture that disregards the incredible weight and value of a human life,… Read More »The Bible, Guns, And Peacemaking