If you ever look up philosophical/psychological perspectives on Christopher Nolan’s Dark Knight Trilogy, you would immediately come across arguments about whether the films are “liberal” or “conservative” particularly as they relate to the question of human nature.

Questions concerning anthropology such as, “What are humans fundamentally?” “Is human nature essentially good or essentially evil?” “Is there even such a thing as an established human nature or is it malleable and constructed individually or culturally?” are important questions and undoubtedly emerge in Nolan’s three Batman films.

Some argue that the movies present a nihilistic worldview, (the rejection of any objective meaning or principle, life is ultimately void of any real purpose) as presented through the character of the Joker. Others think that the Batman trilogy puts forward a humanist worldview as it displays the greatness of the human spirit to overcome and triumph over struggles as presented through Bruce Wayne or the passengers on the ferries. Others think the story is about the battle between the humanist and the nihilist, one trying to convince the other that human beings are fundamentally evil or fundamentally good. 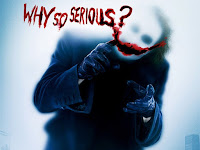 I find all of these interpretations overly simplistic and ultimately misguided.

As I interpret The Dark Knight Trilogy, I think the films portray human beings in line with the Christian tradition wherein human beings are intrinsically valuable and essentially precious while also fundamentally broken and morally defective.

Bruce Wayne is by no means a humanist. He has no quandaries about what human beings are like. They suck. He knows this, even better than most people. His parents were robbed and murdered before him when he was a child, and he spent his adult life surrounded by criminals, gangsters, mobsters, corrupt cops, you name it. That’s what makes his choice to don the cape and cowl all the more heroic. It’s not because he sees how wonderful and great human beings are, rather it’s because he sees how awful and helpless they are that he acts self-sacrificially in order to save them. His heroism is highlighted all the more in this way, because people are terrible and miserable and yet in spite of that he still chooses to protect them, guard them, and help them.

At the same time Bruce doesn’t think that human beings are just utterly worthless and useless animals. On the contrary, he sees human life as holding incredible dignity and value. He understands that in spite of their fallenness and brokenness, human beings are intrinsically valuable and worthwhile and even capable of redemption (which is why he never takes a life). Otherwise why bother donning the cape and cowl at all. Human beings’ intrinsic worth is a huge part of what drives him to do what he does to care and protect them. 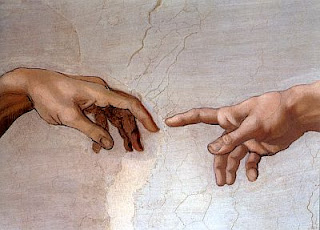 This is the paradoxical quality of human nature that Christians confess. Human beings are created by the Triune God and are image bearers of God, and therefore we have intrinsic value and dignity. Human life matters. Its meaning isn’t subjectively constructed or arbitrarily made up. There is objective and true meaning in human life. However, at the same time human beings as a result of our own rejection of God, are broken, corruptible, and at the core rotten creatures. And this paradox is what I think The Dark Knight Trilogy nails right on the head. That’s part of what makes it so great. It presents human beings not in clean, cut, simplistic ways, but in thoughtful, nuanced and ultimately true ways.

For more on the Batman films, including my response to the nihilist interpretation, check out my book Batman and Theology.